In 2015, Pac/West was retained by the Oregon Department of Fish and Wildlife (ODFW) to develop a targeted outreach and awareness marketing campaign aimed at increasing the number of hunting licenses sold in Oregon, which in turn fund conservation efforts in our state. The campaign targeted hunters, hunters with lapsed licenses, as well as a demographic we identified as most likely to become first-time hunters. Pac/West’s services for ODFW included research and analysis, graphic design, photography, media placement, marketing, public outreach, web development, and social media management.

We began by reviewing all secondary research available. Then, partnering with Moore Information, an Oregon-based research firm, we conducted stakeholder interviews to identify issues and barriers to our overall success. Next, using ODFW’s database, we conducted a survey of current and lapsed hunters to determine perceived benefits and barriers to renewing hunting or fishing licenses every year, and test possible message points. Moore Information also conducted a statewide survey to explore general public opinions, as well as identify new target audience(s) most likely to do the desired behavior, their perceived barriers and the benefits that may move them to take action.

After analyzing all data, several creative concepts were developed for each target audience and goal—Retain, Reactivate and Recruit. The concepts were tested with two focus groups, one with men and another with women who represented a cross section of the target audiences. Pac/West developed a multiphase promotional mix for each targeted audience, as well as a user-friendly website for the campaign. 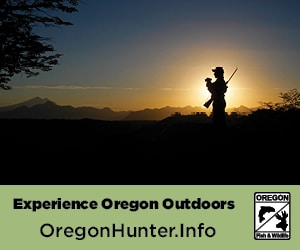 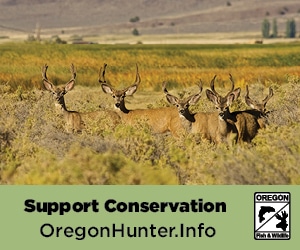 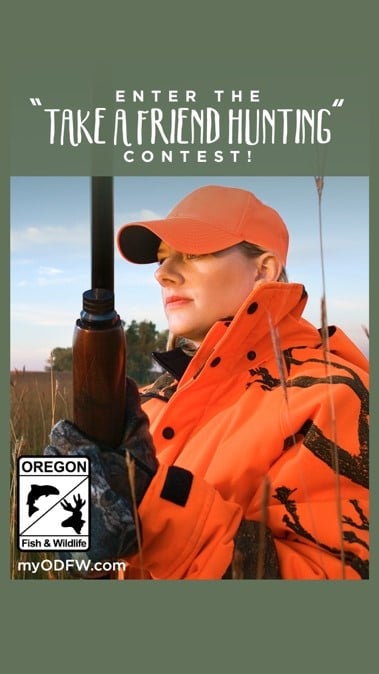 In February 2017, Pac/West launched ODFW’s new adult mentor program, the “Take a Friend Hunting” contest. The contest was part of ODFW’s efforts to raise awareness of the benefits of hunting among Oregonians and promote participation in the sport by encouraging experienced adult hunters to take out other adult friends and family members who had either never hunted before or had not hunted in several years. Mentors were entered into a drawing to be rewarded for the role they played to help a new hunter get started or a former hunter return.

Our efforts in the campaign resulted in multiple prestigious industry awards, including from the Public Relations Society of America Oregon Chapter and the PR News’ 2018 Elite Agency for Marketing Communications. We also received Honorable Mention in the Marketing to Women and Consumer Marketing categories. Our digital and social media advertising results were five times higher than the industry standard. Instagram story ads performed at a 0.59% click through rate. 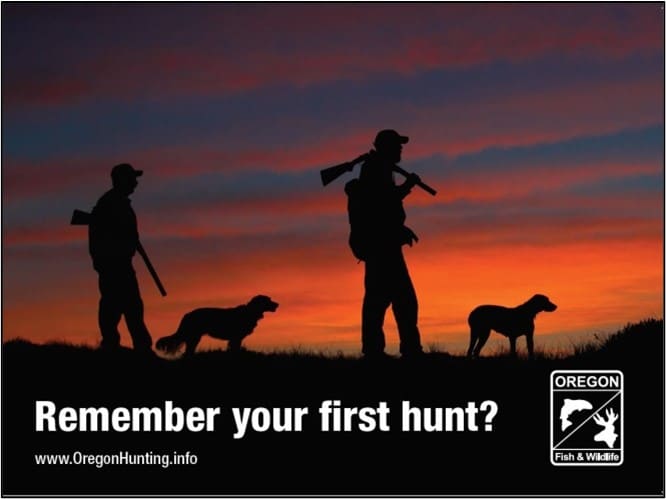 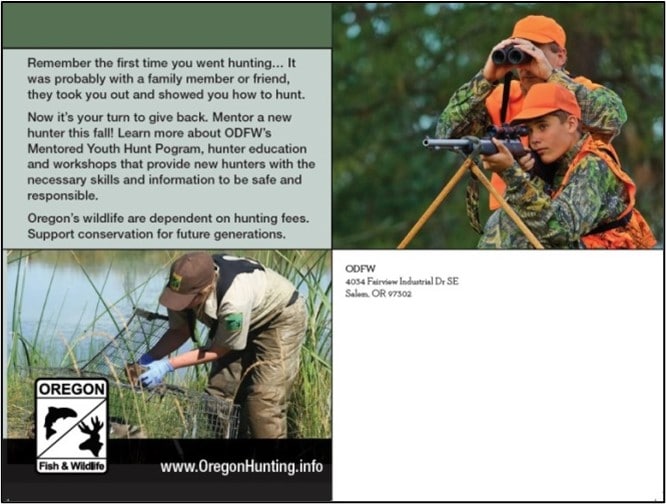 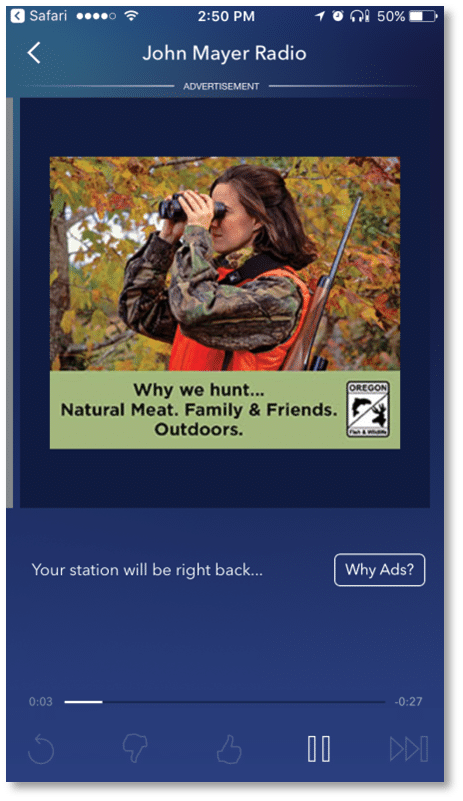 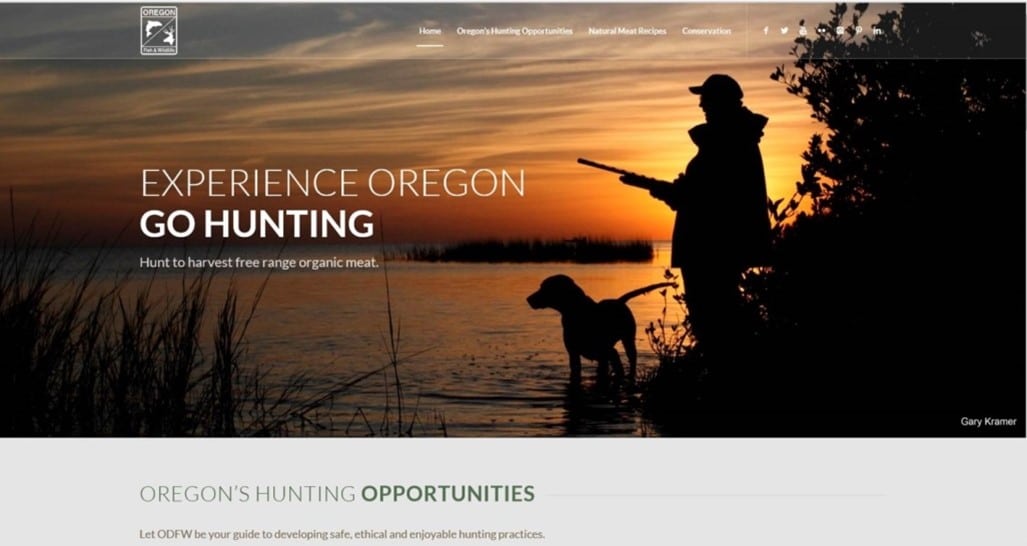 Pac/West developed a user-friendly website for the campaign with primary themes of hunting with family and friends, experiencing the outdoors, and natural meats. The website also was used to sign up for the “Take a Friend Hunting” contest and to showcase the prizes donated by partners in the effort.